There is an exmormon meetup group near where I live. I signed up months ago, but always found a reason not to go to the meetups. Some were valid—my house caught fire and everything went to hell in a handbasket—and some weren’t—my husband was in town and wouldn’t like it.  So I decided that I’m going to the January meetup come hell or high water.  Then I let my sister know, so she could come with me if she wants. She doesn’t want. Not that she doesn’t think it’s a good thing for me, but she’s been out of the clutches of the morg for long enough that she doesn’t have the level of anger and obsessive need to talk and research that I do.


So I can’t help but wonder when I’ll get to that point. I mean, I’m definitely not there yet. Not even close. I’m angry that 30 years of my life was spent believing in that BS. I am angry (and guilty) about the people I tried to convert, and thankful that no one ever did convert because of my efforts. I am angry about all the guilt with which I tortured myself for so long because of the mormon church. I am angry about what the mormon church both directly and indirectly did to my mother. I’m angry because I can’t talk to my mother about my feelings because I worry that it would be too much for her to bear, given her fragile emotional condition. I’m angry about the money I paid to the church, which either directly or indirectly was used to build malls and condos instead of help the needy. I’m angry because of anyone who was abused by a parent or a spouse or a church leader or another member of the church and who was told that it was partly their fault, and whose needs were never met because the perpetrators were protected.

There are so many things I’m angry about, so many things I can’t help but study and research because I want to know the truth. The morg gives lip service to the truth, but in action they lie, lie, lie. I’m tired of lies. If, as they claim to do, they believe the Bible to be the word of God (insofar as it is translated correctly, a clause that enables them to weasel out of anything they don’t feel like doing), the Lord hates lies.


I remember being told that if we lived worthily to where we had the Holy Ghost to be our constant companion, people would see something in us, and want whatever we had. Man, there was one day that a conversation happened just that way. And I was elated because I’d been praying to find someone with whom to share the gospel. So I was then puzzled when, after lots of discussions and attending church (my husband and I drove out to where she lived and went to church with her in what would be her ward), she just dropped it cold. I didn’t understand. As I said earlier, I’m glad she didn’t join. I would hate to have had that on my conscience now.


I remember the scripture about those who are learned thinking they are wise, with that sense of haughty self-righteousness that implies people who study and learn to find the truth are less worthy than those who just accept “truth” and follow it just because. 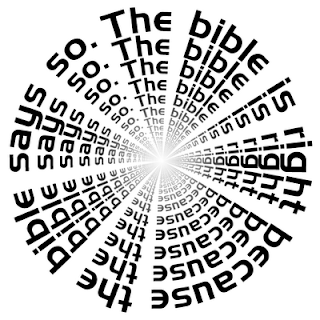 
Know what I think? It’s a steaming pile of horse crap. As in, “Grab the shovels and run for the hills! It’s oozing over the windowsills!”
Posted by Ain't No Mo No Mo at 9:45 AM